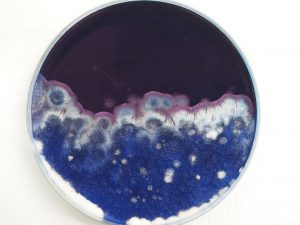 The origins of the IBBS

The biodeterioration of materials has always affected humankind. During the Second World War (1939-45) large quantities of relatively high-technology material was exposed to tropical conditions, especially by the USA in the Pacific theatre. The realisation that biological decay could affect modern manufactures as well as traditional organic materials and stored foods led to the creation of the post-war Prevention of Deterioration Center in the USA, which produced publications for some years.

There was already a UK National Committee of the OECD Biological Deterioration of Materials Group. The Society also owes in part its origin to this group. In 1967 the OECD hived off the group (which became the International Biodegradation Research Group – IBRG) and so the idea was born of forming a society to continue the successful contacts established in the UK National Committee.

The first IBRG secretariat was based at TNO in The Netherlands. In the UK, the Biodeterioration Information Centre was set up at the now Aston University by Howard Eggins, with the aid of an initial grant from the Office of Scientific and Technical Information (OSTI) of the UK Government.

In 1968, preliminary discussions were held to consider the desirability and the most suitable way of forming a Society. One problem was to decide whether it would be preferable to form a separate autonomous organisation, or whether it should take advantage of the support and facilities of an existing group, such as the Society of Chemical Industry. The two major decisions to emerge from these discussions were, firstly, that the Society should be international in character and not just a British Society, and secondly that that the Society should accept the kind offer of Dr Eggins that he would endeavour to arrange that the International Biodeterioration Bulletin should serve as the official organ of the Society. The International Biodeterioration Bulletin (IBB) was the primary journal published by the Biodeterioration Information Centre, of which Dr Eggins was the Director.

In 1969 the relationship between the Society and the IBB journal was formulated and a draft Society constitution was subsequently agreed. An inaugural committee was established to supervise the formation of the Society comprising Bill Bunker as the First President of the Society, with John Elphick and Neil Butler as Hon. Secretary and Hon. Treasurer respectively, and with Howard Eggins, Arthur Lloyd, John Savory and Keith Selby as members.

The first AGM of the Society was held at the Royal Commonwealth Society, Northumberland Avenue, London WC2 on Friday 9th July, 1971.

The first scientific meeting of the Society was held at the Royal Society of Arts on 12th November 1971.

The first journal (Official Organ) of the Society was the International Biodeterioration Bulletin, founded by Howard Eggins at the Biodeterioration Information Centre (BIC), Department of Biological Sciences at the University of Aston in Birmingham. When that Centre closed, as a result of cuts in UK University funding, the journal was taken over by the then Commonwealth Agricultural Bureaux (CAB) at its Commonwealth Mycological Institute (CMI) at Kew. CAB also took on the BIC’s bibliographic journals as part of its range of CAB Abstracts and database. Primary journals came under increasing commercial pressure and the journal was then taken over by Applied Science/Elsevier. The Society agreed with Elsevier that the Journal should be named as the official organ of the Society. It continues as International Biodeterioration and Biodegradation.

Calendar of events leading to the formation of the Society

The IBB was later adopted by the Biodeterioration Society as its official organ, but not owned or financed by it.

It was agreed at this symposium that an International Symposia Standing Committee (latterly SCIBS, although the arrangement of the initials varied in the early years, ISSC, SCIS) should continue from that symposium.

The International Biodegradation Research Group (later re-named the International Biodeterioration Research Group) became the new title of the Biological Deterioration of Materials Group when sponsorship by OECD came to an end. (Early notepaper had “Groep” in place of “Group“, reflecting the Dutch make-up of the original Secretariat). OECD described its future relationship with the new IBRG as “parrinage”, this meaning even less than patronage or sponsorship! IBRG remains as a very active organisation and there is much crossover of membership with the BS.

1970 Inaugural meeting of the Biodeterioration Society

1972 The Standing Committee (ISSC) came under the auspices of the Society. This is noted in BS Council minutes of a meeting held on 12th January

1974 The President of the BS, who was also the Chairman of the Standing Committee (then known as SCIS and after as SCIBS) proposed that SCIS “should appear in the Constitution” as of a similar composition to the Programme Committee.

It is this proposal which has given rise to the erroneous view that SCIBS was first established in 1975. Also, about this time, SCIBS formalised a more demanding list of criteria and requirements for prospective local Symposium organising committees and host institutions, thus raising its profile and control.

1975 Constitution of BS was officially amended to include SCIBS. The main concern of SCIBS was the publication of the proceedings, traditionally done as a hardback book at considerable cost and financial risk. The Council of the BS felt that as the Society could not underwrite the costs of any symposium, particularly the publication costs, guidelines needed to be drawn up for symposium planning and SCIBS undertook this role. In later years, with the advent of electronic publishing, vastly improved communications via the internet and changing attitudes to the value of one-volume all-inclusive symposium publications, the need for most of the functions of SCIBS naturally declined. The first chairman of SCIBS was David Houghton, followed by Tom Oxley, Howard Eggins, and finally Neil Smith. Sheila Barry was the secretary from 1975 to 1985, when she was replaced by Christine Gaylarde.

Henk Hueck, far left, with delegates of the Lunteren symposium, at a restaurant in Delft